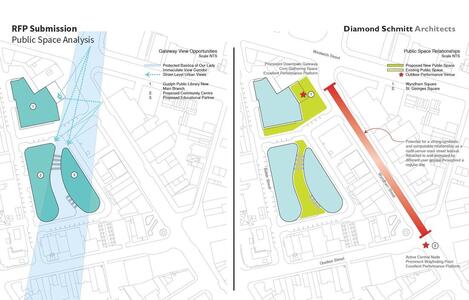 President Julian Sale opened today’s meeting at 9:55 am with 46 members in attendance along with with guest speaker Steven Kraft, CEO Guelph Public Library. Julian announced that Martin Wagner has now been approved for membership by the Board. Martin had been a previous member and has now rejoined. A card has been placed on the membership table to be signed for Tom Gordon.​

Julian made the request again for volunteers for the various Club committees and in particular someone to volunteer to do the AV setup at the start of each meeting.

Announcements
Activities – Ken Marchant
- Thanks to Ray Biffis for arranging racetrack night out which was a success.
- Remembrance Day ceremony and the laying of a wreath on November 11th is on track and possibly lunch at Diana's Restaurant for those who wish to indicate their desire to attend. Please sign up.
- Cabaret at Village-on-the-Arboretum has one ticket left available for Saturday evening Nov. 23rd. but there are still tickets for the Wednesday and Thursday. Please sign up if interested.
- Christmas dinner on December 12th at Victoria Golf Club at $45/person. Please sign up.
- Valentines Dinner on Feb. 14/20 at Symposium has been booked.
If you have new ideas for activities, make the suggestion to the Activities Committee.

Coffee –
Next week same as usual at both the Boathouse and Airpark Café.

Bio:
Steven Kraft joined the Guelph Public Library as its 14th Chief Executive Officer in October 2014. He has been an integral part of the Guelph Public Library’s system for over 35 years, as he previously served as the Children’s Reference Librarian, Manager of Information Services, Director of the Main Library and the Assistant CEO.
In his time as CEO, Steven has been busy. He has delivered presentations on various library topics locally and as far away as Whitehorse, Yukon, and Washington, D.C. He is currently engaged in developing and strengthening relationships for the new Central Library with government and local community groups. Among his other accomplishments, Steven completed a full rebranding, launched a new website, and refreshed the library’s design and collections system-wide. He continues to provide access to new technologies and focus on safety within the library.
Steven is committed to providing ways for people to explore their world, enrich their lives and connect with their community. Together, we are building an extraordinary public library for ourselves and the next generation.

Presentation:
Update on the new central library
The journey towards a new central library has been a 20 year journey. This exciting new facility will be nestled between Wyndham Street and Baker Street in the City’s downtown as part of the Baker District Redevelopment project. It will serve as a community hub and accommodate the current collection and future anticipated growth, program space needs, member seating, staff and support services and public amenities. Significantly, it will be the foundation of the City’s ambition for Downtown Guelph ensuring that it will continue to be the cultural and civic hub and the City and larger region.

Steven Kraft
Steve began his presentation by showing slides (see RCMC website) of Guelph’s library and other libraries around the world and Canada. The original Guelph Public Library was established in 1883 and was the first library established under the Public Libraries Act. The first library home was on Wyndham Street about where the Diana’s Restaurant is now. In 1904 a library was built where today’s library is and was helped by financially by Andrew Carnegie. In 1964 that library was demolished and replaced by today’s current library. As Guelph grew so did the need for more libraries to the current six which are now in each of the six wards of Guelph plus the bookmobile.
The bookmobile is used to determine where new libraries are most needed. Guelph has now outgrown the current library with accessibility being a problem.

The first slide shown was of Guelph’s 1904 library. The next was a library in Denmark, followed by a picture of libraries in Helsinki; Oslo; Surrey, BC; Halifax, NS; Vaughan, ON; and Calgary, AB.

The following is a picture of the location of the new proposed Guelph Public Library in the Baker Street Development in downtown Guelph.


There is a north block and a south block to this development. The library will be located in the north block. Because of the irregular shape of the property it adds to the cost of the design.

In front of the library will be a public space something like Market Square for community activities.
The south block will be have a residential area as well as a educational component and possibly a recreational component. There will be a lot of economic activity in the area particularly on Wyndham Street.

The hope is: To make strategic investments that nurture social well-being, provide landmark beauty and offer a save place where everyone belongs. Steve went on to show comments from public engagement of what people want in such a public facility. There should be space for a proper archives of Guelph history for documents and photos and slides etcetera. No one is collecting a thorough history of Guelph and there needs to be space dedicated to archiving this. There needs to be more space for more materials, books, CD’s, and digital resources to support this growing community. There will be special services like a music lending library and a tool lending library. There will be space for visual art and a place for local artists to display their art. To close the technology gap there will always be new technology in the library.

The architect wants to create a landmark and the best institution that he can within the budget that he has to work with. It will be a four-story library with a look from Wyndham Street at a public plaza space with a public café near the main entrance way and a ten-story residence on top.

Steve displayed slides of possible looks the new library could have and also photos of how other libraries were designed and how their spaces are used. Then he informed us of what the costs would be with the emphasis on the need for more space. Accessibility is important so the shelves need to be lower and spread out.

Books and DVD’s are not going away and in addition to that it is expected that there will be musical instruments that can be borrowed and loaned out. Additionally, there will be computers for kids to learn on, creative play with electronics for kids, and sensory toys for babies. It is anticipated there will be space for anything creative and an audio-visual recording library. Study space, quiet space and meeting rooms for small and large groups will be incorporated.

Underground will be 280 parking spaces with a lobby on the ground floor dedicated to the residential part of the building.

Following his presentation Steve Kraft answered questions from the membership.

John Sneyd thanked Steve Kraft and gave him a token of appreciation from the club toward the library costs.

Next meeting: October 17, 2019 with Mayor Cam Guthrie addressing the state of the City.